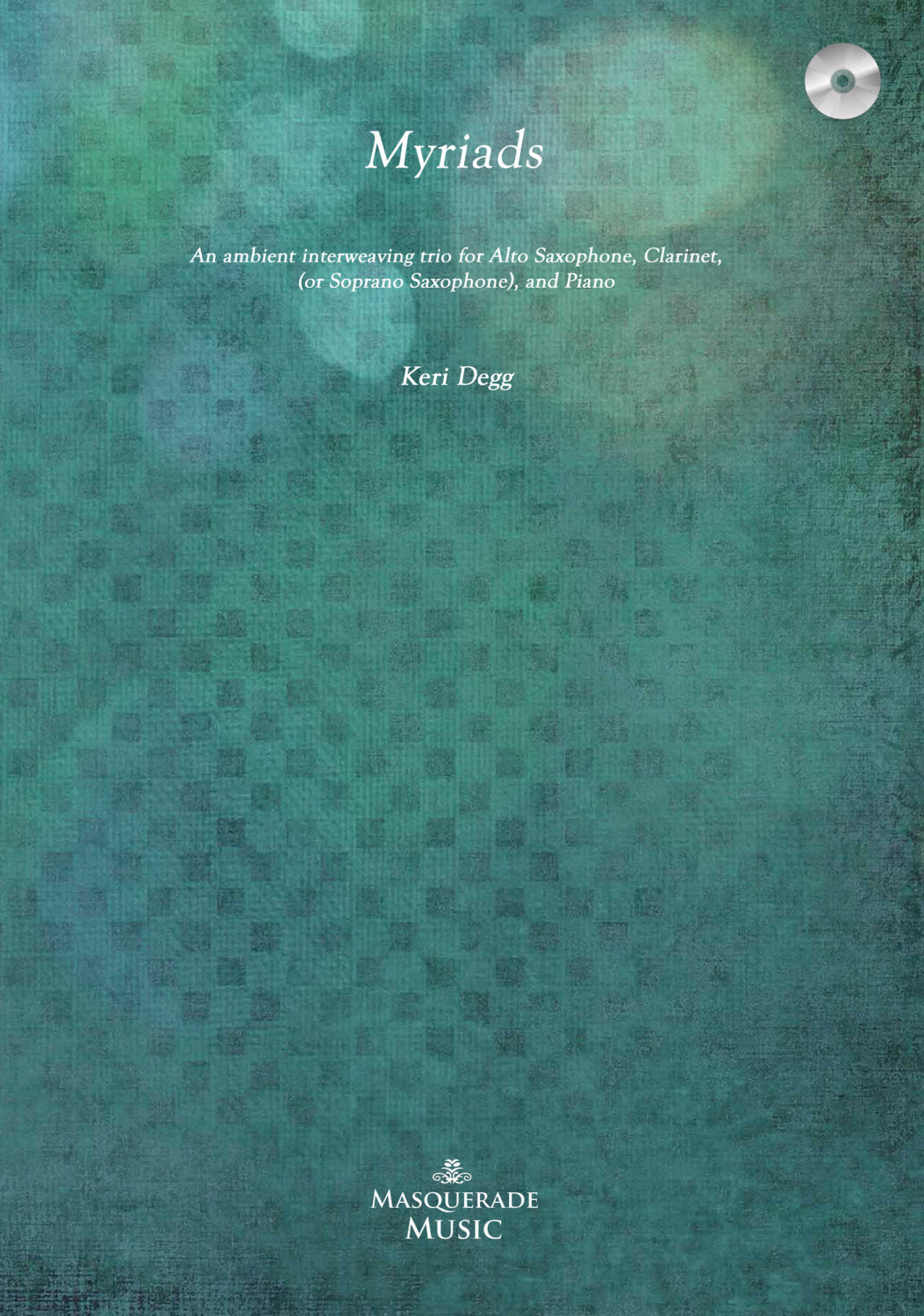 7 in stock.
0 in your basket
View Basket Checkout

'Myriads' was created in the space of just under three weeks and was written for a UK composition competition entry (hosted by 'Reedplay', which consists of professional musicians Victoria Soames-Samek on Clarinet, Jeffery Wilson on saxophone, and Tim Watts on Piano) and was performed at the Guildhall school of music and drama.. For the composer, it was an exploration of sound, particularly aiming to show how chameleon nature the saxophone can be; blending seamlessly with the clarinet, but then at the latter stages stepping out into its own individual colours, with jazz inflections.

The composer saw details of the competition with only a short time to the deadline, and decided to rise to the challenge!

The fact that Myriads was shortlisted into the finals and performed at the Guildhall school of Music and Drama (UK) by Reedplay shows that the work is effective and well received.

Myriads opens with a haunting piano only introduction before developing into the main hypnotic theme upon which the Clarinet takes the lead, accompanied by rippling piano accompaniment. The Saxophone then joins in on the act, in interweaving conversation with the Clarinet.

A moment of hush via a lonely piano solo is accompanied by the winds gently blowing air through the instruments to give a wave effect, before returning to a developed first theme, where the saxophone really begins to make its presence known!

Myriads would be an effective piece for a recital as it showcases the instruments ability to blend, but also to enjoy a solo moment at some point.

The audio excerpt for Myriads can be heard via Soundcloud player here (or click this link below if using a mobile device);

Recommend this to a friend  +